We are a bit of a sucker for baking rye bread here at doughies. It is probably our single favourite sourdough to both bake and eat. So much so we are seriously considering becoming a rye only microbakery (comments below please!). In short we think it is rye-tastic. We currently do a 100% russian type rye, in small (400g) and large (800g) made with a rye starter, proofed and baked in a tin.

Rye is a low gluten bread, and behaves differently to wheat breads. Rye is the goose of the grain world. Just as geese do not take to industrial battery farming well (only flourishing free range) rye does not take to industrial Chorleywood bread production processes well (only flourishing as a slow sourdough). But with some slow fermentation  bakers can unlock and nurture the low gluten into something special.

Rye is the traditional bread of Eastern Europe. There are some fantastic variations out there which we’ve been trailing, like the Danish Rye Bread [RUGBRØD] – a seeded multigrain rye from the Danes, the Russian Rye Bread [Bordinsky] – a caraway/coriander rye from the Russians and Ankerstock – a sweet rye bread originating from Sweden.

At home, doughies are fond of rye based breakfast and lunch – where you toast a slice of dark rye bread and top it with whatever you have (seasonal veg, fish, cheese – you name it). The concept of a foundational rye open sandwich or “smørrebrød” is again very common in Eastern Europe in particular (as well as elsewhere) – and an inseparable part of Danish and Icelandic food culture.

The concept of growing rye (for our rye breads) is a tantalising thought here at doughies.

I came across this old grain map in an old pocket atlas the other day – you can see the strip of rye cultivation across north eastern Europe where rye bread is commonplace.

As you can see, the highlands of Scotland are well placed to grow rye, being a similar lattitude to the Eastern Europe rye heartland, along with the more familiar grain of oats.  Crofters in the West Highlands would typically have sown a landrace of small oats and black rye. This year on the croft we have sown some trial plots of Rye and Oats, as we slowly re-discover some grain growing skills.

To this end, we were excited to read that the Scottish Crofting Federation (SCF) are hoping to run a practical course on Uist this Autumn titled “Traditional Stooking and Seed Harvesting Techniques” – 2 days spent with Uist crofters, consisting of talks & seed harvesting machinery demos, hands-on stook building session, croft & field visits. We have registered and hope it runs [if anyone is interested the course is £80 for 2 full days (meals not included) – contact Donna at training@crofting.org or 01343 209384 to register interest]

As some may know, we collect waste bread from the Deli, and [though it doesn’t happen much because we are not the only people who love rye…] – when we get waste Rye back, we’ve been experimenting with making a fermented drink called Kvass.

And its quite something….

Below is the process in photos, but in summary here’s what we do:- 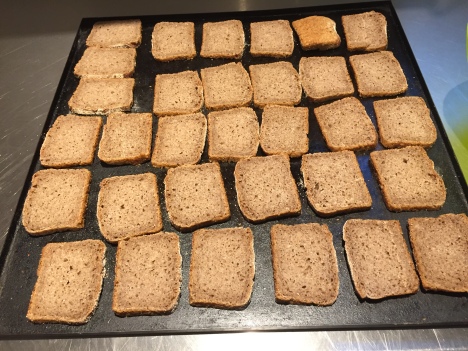 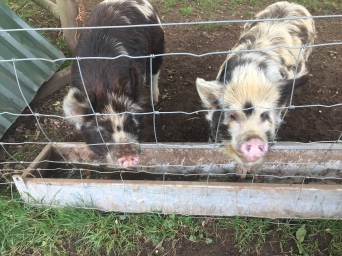 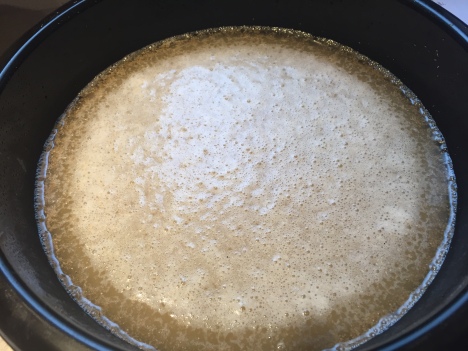